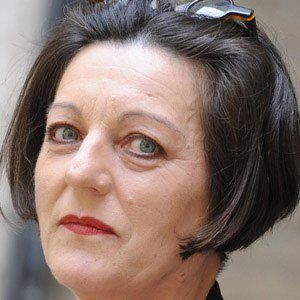 A notable German-Romanian author, she received the Nobel Prize in literature in 2009 for her novel, The Hunger Angel. Her other acclaimed works include Nadirs, The Passport, The Land of Green Plums, and The Appointment.

She attended Timisoara University and later worked as both a translator and a kindergarten teacher. She published her first work, Nadirs, in 1982.

Her 1996 work, The Land of Green Plums, was inspired by the deaths of two of her closest friends.

She was born to Catholic farmers in the German village of Nitchidorf. She was married for a time to author Richard Wagner.

Franz Kafka was an important influence on Muller's work.

Herta Muller Is A Member Of