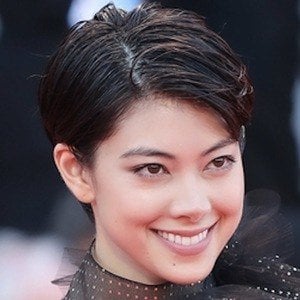 Model and TV actress who was written up for her performance at a Michael Kors show in February 2017.

She appeared in Aoi Sora Shiroi Kumo in 2012.

She has been represented by The Society Management in New York and Bon Image Corp. in Tokyo.

Her parents are Pamela and Akira Mori. Her grandmother is fashion designer Hanae Mori.

She and Benjamin Eidem have both worked for Michael Kors.

Hikari Mori Is A Member Of