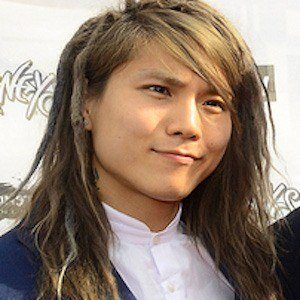 Bassist known for his time as a member bassist of Japanese electronicore band Crossfaith. In 2015, he and his bandmates released their fourth studio album, Xeno.

He joined Crossfaith in 2008, which was 2 years after the band's initial formation in 2006. He was initially recruited by the original three members of the group.

He debuted to a wider audience with the release of Crossfaith's 1st album The Artificial Theory for the Dramatic Beauty in 2009. In 2011, he and his bandmates released their follow-up record The Dream, The Space.

He was born and raised in Osaka, Japan.

He joined the drummer Tatsuyo Amano in joining Crossfaith after their intial formation.

Hiroki Ikegawa Is A Member Of