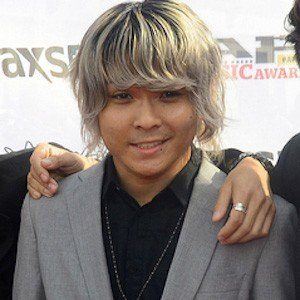 Best known as the drummer for the Japanese electronic-hardcore band Crossfaith. He joined the band in 2007 upon its initial formation.

He was asked to audition by the lead singer of the band, Kenta Koie, during their high school years. He played Joey Jordison's drum melody from the Slipknot song "(sic)." He was asked to join the band shortly following his audition.

He was born and raised in Osaka, Japan.

He has played alongside guitarist Kazuki Takemura as a member of Crossfaith.

Tatsuya Amano Is A Member Of