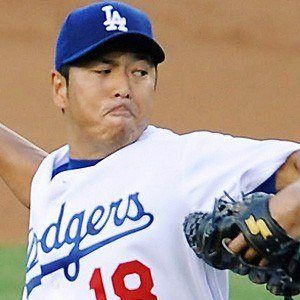 Japanese starting pitcher who joined the New York Yankees in 2012 after four seasons with the Los Angeles Dodgers.

He played ten seasons with Japan's Hiroshima Toyo Carp before signing with the Los Angeles Dodgers in 2008.

He won an Olympic bronze medal with the Japanese national team in 2004.

He had two daughters, Hinatsu and Wakana, with his wife Masayo Kuroda.

He joined Alex Rodriguez on the New York Yankees in 2012.

Hiroki Kuroda Is A Member Of