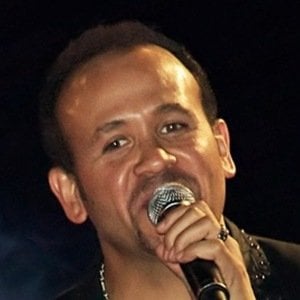 He graduated with a degree in Mechanical Engineering from the American University in Cairo.

He released his first album Sahara in 1991.

He has three children, Ali, Yasmina, and Tamara, with his wife Gigi Zayed.

He grew up singing songs by reggae singer Bob Marley.

Hisham Abbas Is A Member Of