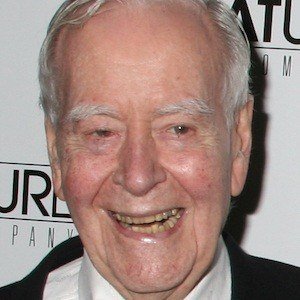 An acclaimed 20th-century playwright and screenwriter, he is known for works that chronicle small-town life in Texas and the American South. His best-known works include the screenplay for the 1962 film To Kill a Mockingbird, as well as stage plays such as The Trip to Bountiful (1962) and The Traveling Lady (1954).

He began his career as an actor at the Pasadena Playhouse in Southern California. In 1940, he published his first play, Wharton Dance.

In his Oscar-winning screenplays and Pulitzer Prize-winning plays, he found drama in the way ordinary people struggle with rapid change.

He was born in the small town of Wharton, Texas, and he grew up with two younger brothers, one of whom was killed in World War II. His nearly fifty-year marriage to Lillian Vallish Foote began in 1945.

He won an Academy Award for his 1962 screen adaption of Harper Lee's famous novel, To Kill a Mockingbird.

Horton Foote Is A Member Of