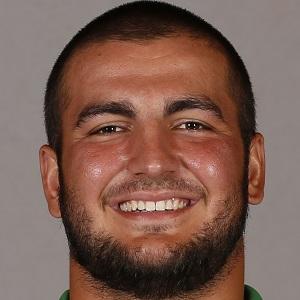 Center who began his college career with the University of Oregon Ducks in 2010. He is considered one of the most promising centers entering the 2015 NFL Draft class.

He was an All-State selection at Crespi Carmelite High School.

His parents are the owners of Greco's New York Pizza in Los Angeles. His brother, Nico, was a kicker for Washington State.

He and Max Unger, who won Super Bowl XLVIII with the Seattle Seahawks, have both been highly-regarded centers at the University of Oregon.

Hroniss Grasu Is A Member Of