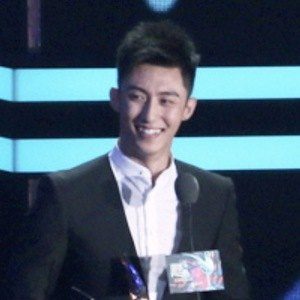 Movie actor who became the first celebrity to work with China Merchants Bank's bank card in 2016. He then appeared in the fantasy drama The Love Knot: His Excellency's First Love in 2017.

He started off his career as a model. His acting debut was in the 2016 web drama Addicted. It received 10 million views the day after its release.

He was named Most Popular Artist of The Year in the 2017 Instyle Awards. He has over 500,000 followers on his jingyuhuangjingyu Instagram account.

He is from Dandong, China.

He and Bolo Yeung are both Chinese actors.

Huang JingYu Is A Member Of