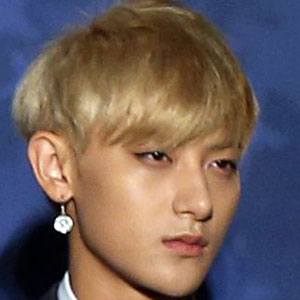 Better known by his stage name of Tao, this Asian rapper became famous for his work with the K-pop group EXO. He joined the band in late 2011 and soon thereafter performed on a South Korean music program called SBS Gayo Daejeon.

He began his martial arts training at the age of five and went on to compete in several Wushu events.

He signed an S.M. Entertainment performer trainee contract in 2010.

A native of Qingdao, Shandong, China, he studied at both Humen Centre Primary School and Qingdao Middle School.

He and fellow Chinese rapper Kris Wu both performed with EXO.

Huang Zitao Is A Member Of