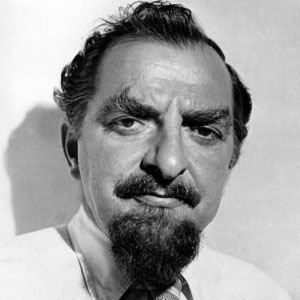 Most well known for his Academy Award-winning portrayal of Sheik Ilderim in the 1959 historical epic Ben-Hur, he is also remembered for his Oscar and BAFTA-nominated performance in the 1963 comedy movie Tom Jones, as well as for his Golden Globe-nominated work in Oliver! and The Fixer (both released in 1968).

He was accepted to the famous Royal Academy of Dramatic Art (RADA), but was forced to temporarily abandon his budding acting career to enlist in the British Army during the World War II years.

Though at the end of his life he was suffering from the effects of long-term alcoholism, he nevertheless managed to portray Caradog Lloyd-Evans in a 1978 cult classic, made-for-TV movie titled Grand Slam.

The child of William and Mary Griffith, he spent his youth in Anglesey, Wales, and later relocated to London, England. He was married to Adelgunde Margaret Beatrice von Dechend.

In the late 1950s, Griffith and Anthony Perkins both received Tony Award nominations for their work in the original Broadway production of Look Homeward, Angel.

Hugh Griffith Is A Member Of