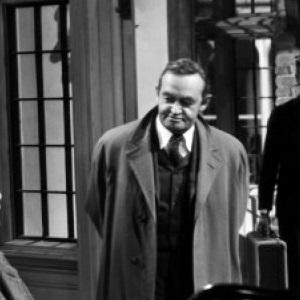 Irish actor best known for his Oscar-winning role as Father Fitzgibbon in Going My Way. He appeared in the films The Plough and the Stars and How Green was My Valley, both directed by John Ford.

He worked in civil service before pursuing his career as an actor.

He was nominated for Best Actor and Best Supporting Actor at the same Academy Awards for his role as Father Fitzgibbon.

He starred alongside Louis Hayward in the 1945 adaptation of And Then There Were None.

Barry Fitzgerald Is A Member Of