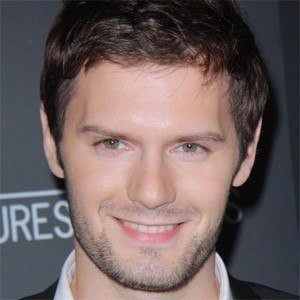 French actor who played the role of Prince Louis Grimaldi in the television series Gossip Girl from 2010 until 2012.

He was awarded Young Cannes Talent in 2010.

He grew up in Metz, Lorraine, France with his family.

He appeared in the BBC One television series Silent Witness starring Emilia Fox in 2014.

Hugo Becker Is A Member Of