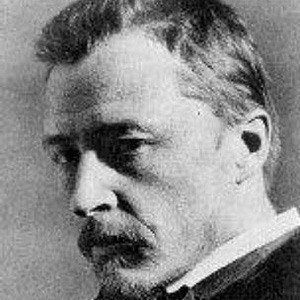 Slovenian-born Austrian composer who was known for his art songs. He battled depression throughout his life, which severely hampered his output.

He learned piano and violin at the age of four. He was considered to be a child prodigy.

He detested the works of Anton Rubinstein, while heralding Liszt, Schubert, and Chopin.

He had a serious romantic affair with Melanie Köchert.

He was a proponent of the New German Lieder style inspired by Richard Wagner.

Hugo Wolf Is A Member Of