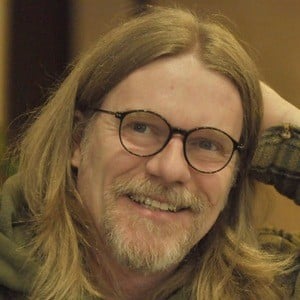 Rock singer who started his solo career in 2013 by releasing his album Insular. The touring DVD Insular Ao Vivo was nominated for Best Brazilian Rock Album at the 16th Latin Grammy Awards.

He formed the rock band Engenheiros do Hawaii in late 1984 with two friends from college. They released their first album in 1986.

He formed the band Cidadão Que and later created the duo Pouca Vogal with musician Duca Leindecker. He has over 360,000 followers on his 1gessinger Instagram account.

He married Adriana Sesti. They have a daughter named Clara Gessinger.

He and Gilberto Gil are both Latin Grammy Award-winning singers.

Humberto Gessinger Is A Member Of