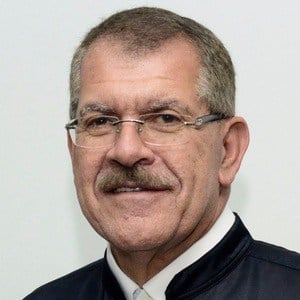 Brazilian actor who is known for appearing in a range of telenovelas and feature films. He is most recognized for having played the recurring role of Eurico in the 2017 series Edge of Desire as well as the character Germano Bastille in the 2015 series Total Dreamer.

He is known for having won a Contigo! Award for Best Actor for his role in the soap opera Quatro por Quatro in 1996.

He and Ana Lucia Mansur have two children together, a girl named Tamires and a boy named Humberto Filho.

He starred alongside Maria Fernanda Candido and Juliana Paes in the 2017 series Edge of Desire.

Humberto Martins Is A Member Of