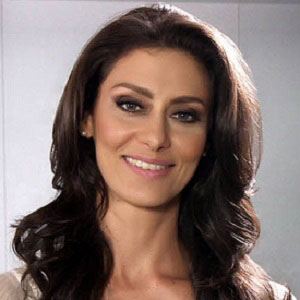 Known for her role as Paola in the soap opera Terra Nostra and for her portrayal of Ana in the 2003 film Dom, Candido also appeared in episodes of the television shows Os Normais and S.O.S Emergencia.

She began her modeling career at the age of fourteen and continued her work in the fashion industry until age nineteen, at which point she began studying at the University of Sao Paulo.

In 2012, she hosted a television program called Saia Justa.

She grew up in Curitiba and Sao Paulo, Brazil, as the daughter of Agda and Jose Reginaldo. After marrying in 2005, she and Petrit Spahira became parents to two children.

She is a contemporary of fellow Brazilian television actress Camila Pitanga.

Maria Fernanda Cândido Is A Member Of