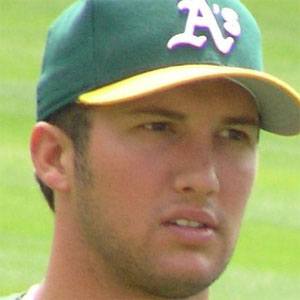 All-Star closer who relies on a moving fastball, slider, and change-up. He was named Rookie of the Year in 2005 with the Oakland Athletics.

He played both baseball and football at Westlake High School in Texas.

He won a College World Series closing games for the Texas Longhorns.

His father James played quarterback at the University of Texas.

Lefty curveball pitcher Barry Zito was his teammate on the A's.

Huston Street Is A Member Of