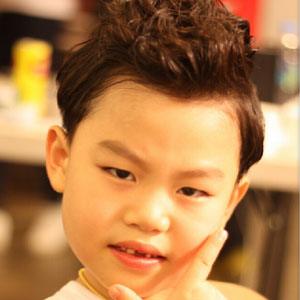 Vietnamese-South Korean actor, singer, and dancer who appeared in the music video for Psy's 2012 hit song "Gangnam Style." He has also been called Little PSY.

He first appeared on the South Korean television series Star King and Korea's Got Talent.

He was part of a promotion campaign for the LG Optimus G smartphone in 2013.

He was born to a Korean father and Vietnamese mother.

He and Kim Taehyung both became popular K-Pop performers.

Hwang Min-woo Is A Member Of