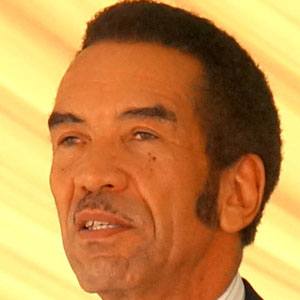 He was born during a period when his father, President of Botswana Seretse Khama, was living in exile in England as a result of his marriage to a Caucasian British woman (Ian Khama's mother, Ruth Williams Khama).

He and Senegalese President Abdou Diouf were born in the same year.

Ian Khama Is A Member Of