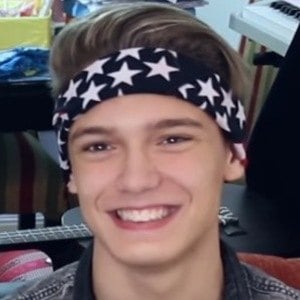 Argentine singer, model, and YouTube star who rose to fame after appearing as a contestant on the Telefe singing competition show Laten Corazones. Also an actor, he's appeared in the series O11CE and Soy Luna. He's the owner of the clothing brand FAMEND. His 2021 single "No Nos Afectan" has garnered over 300,000 streams on Spotify.

He's extremely popular on TikTok, where he has amassed more than 3.4 million fans for his dance videos, often filmed in front of his mansion. In 2016, he created a vlog channel on YouTube which has grown to more than 4.5 million subscribers.

He has a younger brother named Theo whom he often features in his videos.

Ian Lucas Is A Member Of