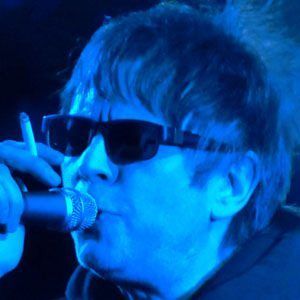 Musician, songwriter, and lead singer of the band Echo & the Bunnymen, the group that has released singles like "The Cutter" and "The Killing Moon."

He was a member of the post-punk and neo-psychedelic band, The Teardrop Explodes.

He lived on the road Parthenon Drive, which was the title of a song on the album, Siberia.

He married Lorraine Fox in 1983 and has two children, Candy and Mimi.

He was deeply influenced by David Bowie's work.

Ian Stephen McCulloch Is A Member Of