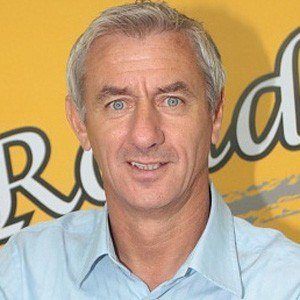 Welsh striker who scored a franchise record 346 goals with Liverpool in the 1980s and 1990s; named PFA Players' Player of the Year in 1984, led Liverpool to five First Division championships and three FA Cups and was a member of the Wales national team from 1980 to 1996.

He was signed by Liverpool in 1980 for a record £300,000, the most given to a teenage player in the British leagues at the time.

He recorded 47 goals in 1983-84 at the height of his career, winning Europe's Golden Boot as the league's top goalscorer.

He fathered two sons with his wife Tracy.

He and Ashley Richards have both represented Wales in international play.

Ian Rush Is A Member Of