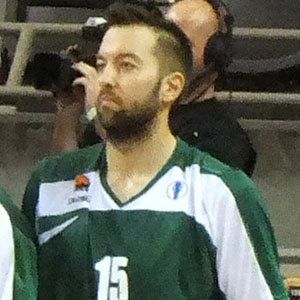 Greek 6'11" center who spent his college career playing in the United States for Saint Louis University from 2003 until 2007.

His college career earned him a great deal of respect, and he was named First-Team All-Atlantic 10 Conference, finishing sixth in the conference in rebounding and 14th in scoring.

He was named 2008's Greek League Best Young Player and earned the silver medal at the 2009 Pescara Mediterranean Games.

He became teammates with Antonis Fotsis on the Greek national team.

Ian Vougioukas Is A Member Of