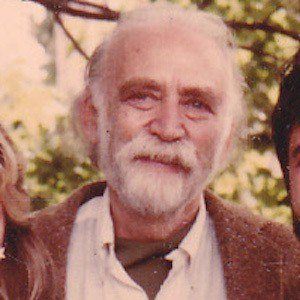 Prominent Jewish civil-rights activist and anti-war protestor who got himself arrested countless times for objecting to the US involvement in the second World War.

He began his streak of protest jailings in WW II, when he served 20 days as a conscientious objector.

He was part of the first Freedom Ride in the South, and was arrested with the three other men taking part in the willful lawbreaking, and sentenced to 30 days hard labor.

He was born in New York City the son of Jewish immigrants from the Ukraine, and grew up steeped in zionism and socialism.

While he was pushing for more acts of civil disobedience in the Civil Rights movements, other leaders like Thurgood Marshall advocated against it, saying it would only lead to slaughter.

Igal Roodenko Is A Member Of