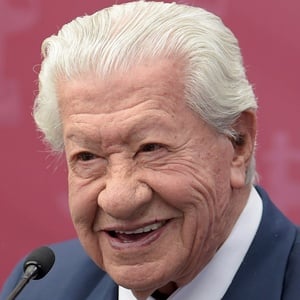 Famous for his TVyNovelas Award-winning work in the telenovelas De Pocas, Pocas Pulgas; Esmeralda; and Imperio de Cristal, he is also notable for his Premios Ariel-honored performance in the 1961 film Rosa Blanca.

Before beginning his acting career, he served in the military and worked as a salesman. He made his professional theatrical debut in a 1951 production of Born Yesterday.

He starred in Macario, a 1960 movie that became the first Mexican nominee for an Academy Award in the Foreign Language Film category.

The son of Ignacia Lopez Herrera and Alfonso Lopez Bermudez, he grew up in several Mexican cities with siblings named Marta and Alfonso. His marriage to Clara Aranda resulted in daughters named Gabriela and Susana and in an actor son named Juan Ignacio.