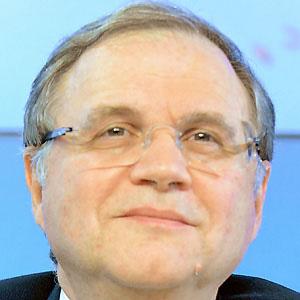 A prominent economist and the author of numerous books on the subject of finance, he became Governor of the Bank of Italy in 2011.

He earned both an MA and a PhD from the University of Pennsylvania.

His economics-themed works include Saving and the Accumulation of Wealth; Price Expectations in Rising Inflation; and L'economia italiana.

He grew up in Naples, Italy. He and his wife became parents to three daughters.

Like his American counterpart, Alan Greenspan , Visco is one of his country's most respected economists.

Ignazio Visco Is A Member Of