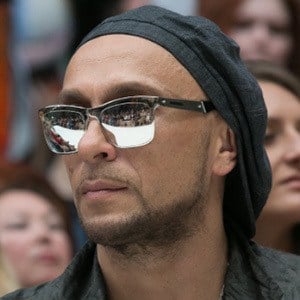 Fashion designer from Kazakhstan who founded the Fashion House IGOR GULYAEV in 2009. He is particularly known as an innovator in fur fashion.

He graduated from St. Petersburg Humanitarian University of Trade Unions in 1992.

In 2011 Igor Gulyaev he became a host of fashion shows on TV channels MUZ-TV and Yu.

His parents are Gennady Akimovich and Nina Semyonovna. He has one brother, Sergey. His son, Denis Gulyaev, was born in 1990.

Victoria Lopyreva became his co-host in 2018.

Igor Gulyaev Is A Member Of