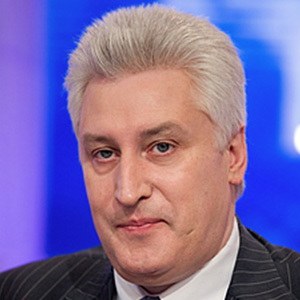 Print journalist and military liaison who is known for having been the editor-in-chief of the publication National Defense. He also served as the director of the Center for Analysis of the World Arms Trade.

In 2005, he was named Man of the Year by the Russian Biographical Institute.

He and his wife Lyudmila Pavlovna Korochenko gave birth to a son.

He received commendations in the name of Yuri Gagarin of the Federal Space Agency.

Igor Korotchenko Is A Member Of