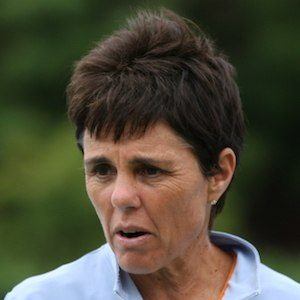 Former professional tennis player and coach who was the number one ranked doubles player in the world in 1976. She was appointed as the head of World TeamTennis in 2001.

She won the junior's singles title at Wimbledon in 1972.

In 2006, she was inducted into the Jewish Sports Hall of Fame.

She is the daughter of Shlaim Kloss and Ruth Kloss. She and Billie Jean King got married in October of 2018.

Ilana Kloss Is A Member Of