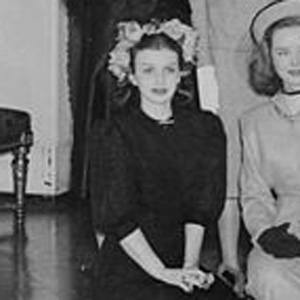 American singer and actress best known for providing the voice of Cinderella for the 1950 animated Disney film. She was named a Disney Legend in 2003.

She made her acting debut on the radio show The Ilene Woods Show.

She performed for President Franklin D. Roosevelt at his home in Hyde Park.

She married twice, to Stephen Steck and Edwin Shaughnessy. She had three children.

She appeared on the Soap Opera Touched by an Angel with Roma Downey.

Ilene Woods Is A Member Of