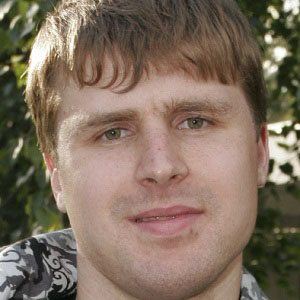 He had an up and down first several seasons with the Anaheim Ducks, and was traded by the Phoenix Coyotes, where he became the starting goaltender.

He had a memorable couple of minutes in the HBO 24/7 series, explaining - in mangled English - his wonder at the scale of the universe and how small we are in comparison.

He had two children with his wife Yevgenya.

Nikolai Khabibulin is another well-known Russian goaltender who had success in the NHL.

Ilya Bryzgalov Is A Member Of