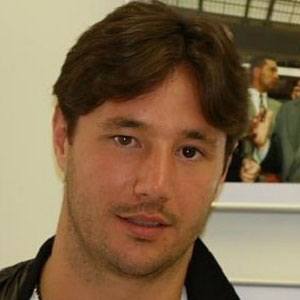 NHL winger who spent the first seven years of his career with the Atlanta Thrashers before a trade sent him to the New Jersey Devils in 2010. He retired from the NHL quite controversially in the middle of a long contract in July, 2013.

He was selected first overall by the Atlanta Thrashers in the 2001 NHL Draft.

His father, Valeri, was a basketball star who played for the Soviet national team. He married Nicole Andrazajtis Kovalchuk in 2008 and he has three children named Philipp, Artem and Karolina.

From 2001 to 2004 he played with forward Dany Heatley on the Atlanta Thrashers.

Ilya Kovalchuk Is A Member Of