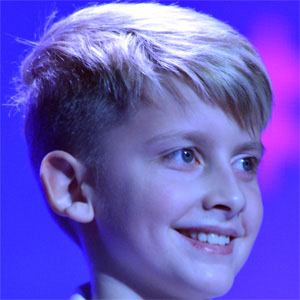 Most famous for representing his native Belarus at the 2013 Junior Eurovision Song Contest, this young vocalist placed third in the competition with his performance of 'Poy so Mnoy' (English translation: 'Sing with Me'), finishing behind the competition's eventual winner, Gaia Cauchi of Malta.

Before competing at the Junior Eurovision Song Contest himself, he performed in the 2012 season of the event as a backup dancer for fellow child vocalist Egor Zheshko.

He was the champion of the national Belarussian Ballroom Dancing Competition.

Born and raised in Minsk, Belarus by a musician mother, he began attending a performing arts academy when he was just six years old.

He and Ukrainian-born Russian vocalist Sofia Tarasova both represented their native countries at the 2013 Junior Eurovision Song Contest.

Ilya Volkov Is A Member Of