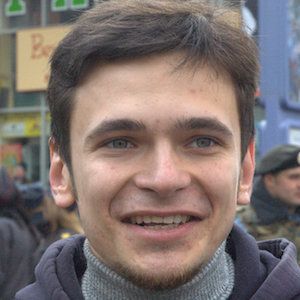 Russian political activist and prominent opposition politician known for being an outspoken critic of Vladimir Putin and the Kremlin. He helped found the Solidarnost movement.

He attended National Research University and was a leader in the Yabloko Party from 2000 to 2008.

In 2016, he published a report that was heavily critical of Chechen leader Ramzan Kadyrov and Putin's decision to support him.

He grew up in Moscow, Russia.

He was close to Boris Nemtsov, who was killed in early 2015 while working on a report called Putin. War. After Nemtsov's death, Yashin helped ensure that the report was published.

Ilya Yashin Is A Member Of