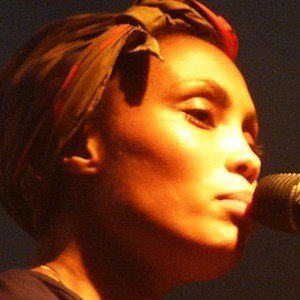 French singer who first rose to fame in 2008 when she began singing in the Beau Lounge. She then released the debut album Shape of a Broken Heart in 2011 and followed up with Sous les jupes des filles in 2014.

Her career originally began in modeling. She even spent seven years working in fashion in the United States before returning to France and starting her singing career.

Her family hails from the Comoros Islands. Her stage name in Swahili means "faith."

In 2014, she produced the soundtrack for the Audrey Dana film Sous les jupes des filles.

Imany Is A Member Of