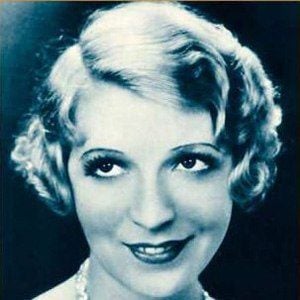 Actress who appeared in numerous Broadway musicals, including Jumping Jupiter, The Quaker Girl, and Lady Luxury.

She started her career as a vaudeville performer.

She has a star on the Hollywood Walk of Fame and is featured in the American Theatre Hall of Fame.

She was once briefly married to John Gilbert.

Ina Claire Is A Member Of