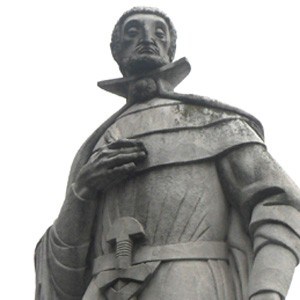 Also known as El Inca, he is an important historian and scholar of Peruvian culture.

After his father died he traveled to Spain.

He was a Captain in the Spanish Army.

His father was a Spaniard and his mother was a native Incan.

He died on the same day as famed Spanish author Miguel De Cervantes.

Inca Garcilaso Is A Member Of