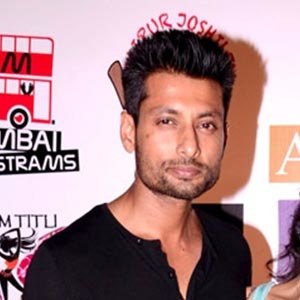 Indian actor and model who is known for his roles in both feature films and television programs. He is best recognized for having starred in the Hindi film Sargoshiyan where he played Vikram Roy and for appearing as the recurring role of Rohan in the 2014 series Tumhari Paakhi.

He started his career as a model and gradually started appearing in music videos as well. He went on to make his acting debut in the Hindi feature film Shukriya: Till Death Do Us Apart where he played the character Yash.

He is known for having won the ITA award in 2008 for Flamour Face of the Year. He also won the 2014 Filmfare Award for Best Supporting Actor for his role in Mishawr Rawhoshyo.

He married fellow actress Barkha Sengupta in 2008 and together they have one child.

He starred alongside Rituparna Sengupta in the Bengali thriller Nilacholey Kiriti.

Indraneil Sengupta Is A Member Of