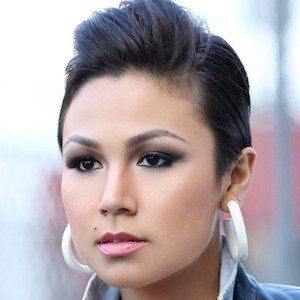 Aboriginal Canadian singer who has received widespread critical acclaim for albums like her 2009 debut Singsoulgirl and its follow-up, 2013's Burn me Down. Both releases earned her Juno Award nominations for Aboriginal Album of the Year.

She grew up in Chilliwack, British Columbia. Her first single, "Sto:lo Strong" was released in 2005.

Her father is a former Skowkale First Nation chief. She has children.

She and Rita Coolidge both performed at the National Aboriginal Achievement Awards in 2012.

Inez Jasper Is A Member Of