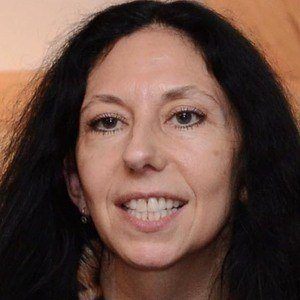 Alongside her partner Vinoodh Matadin, she has become a critically acclaimed fashion photographer whose work has graced the pages of magazines around the world. The two have become known for countless campaigns for designers, stunning social commentary exhibitions, and digital work with some of the biggest names in music.

Both graduates of Fashion Academy Vogue in 1985, she and Vinoodh's partnership began after he commissioned her to photograph his 1986 Lawina collection. It was during this time that she worked on her master's in photography from Gerrit Rietveld Academie.

In 2011, the retrospective book Pretty Much Everything was released with contributions from figures like novelist Bruce Sterling and pop singer Lady Gaga.

The Amsterdam native eventually settled with Vinoodh and their son Charles Star Matadin in New York.

She and Vinoodh have created numerous CD covers for Bjork and they directed the video for her 2001 single "Hidden Place."

Inez van Lamsweerde Is A Member Of