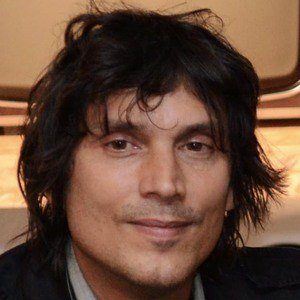 He makes up one half of the legendary fashion photography duo Inez and Vinoodh. The pair first became known for their editorial work in magazines like Vogue, Vanity Fair, and Harper's Bazaar and went on to become standard photographers for designers like Yves Saint Laurent, Balmain, and Louis Vuitton.

He and Inez met while they both were attending the Fashion Academy Vogue in Amsterdam. He'd begun studying there in 1981 and after his graduation, cofounded the Lawina clothing line.

Inez and Vinoodh have become known for their exhibitions that challenge social norms, such as 1995's The Forest, a digital series challenging gender norms through male features grafted to women's bodies.

He was born and raised in Amsterdam. He and Inez van Lamsweerde have a son named Charles Star Matadin.

Prolific art directors for singers and musicians, he and Inez directed the music video for Lady Gaga's 2013 single "Applause."

Vinoodh Matadin Is A Member Of