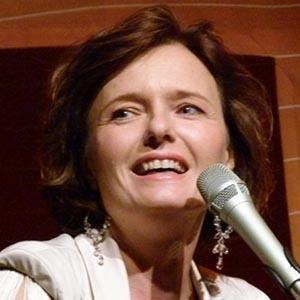 Norwegian singer and songwriter who is known for her solo work as well for being a member of the group Dollie. She is also known for her work in musical theater including in the production of Which Witch.

She released her debut album Forste Akt in 1980. She gained further recognition in 1984 when she appeared as a contestant on the Eurovision Song Contest where she represented Norway.

She is known for having won a Spellemannprisen award or Norwegian Grammy Award for her work with the music group Dollie.

She shared a photo with her niece through Instagram in March of 2017.

She is known for having collaborated with fellow Norwegian musician Benny Andersson.

Ingrid Bjornov Is A Member Of