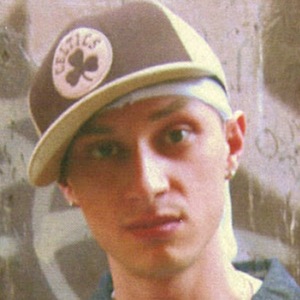 Rapper who became a star in Italian hip-hop as a member of the Porzione Massiccia Crew. He has also had success as a solo artist with releases like Fabiano Detto Inoki (2005) and L'antidoto (2014).

He lived in Imperia, Italy before moving to Bologna as a teenager. He began rapping at age 13 and originally performed under the stage name Enok.

He has hosted the Italian freestyle rap competition 2theBeat.

His real name is Fabiano Ballarin.

He was featured on the Gue Pequeno track "Più Pesante del Cielo."

Inoki Is A Member Of