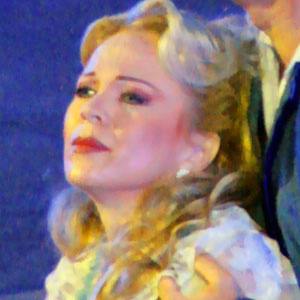 Actress and Opera singer who gained fame for providing the voice of Diva Plavalaguna in The Fifth Element.

She first entered the industry as an Opera singer, mastering the Mezza Soprano.

She has won numerous awards and competitions for her vocal talent, including The Butterfly Competition in Barcelona.

She was born in Tirana, Albania to Nina and Avni Mula. She was married to Pirro Cako from 1987-2010 and later married Hetem Ramadani.

She appeared in the film The Fifth Element, which starred Bruce Willis.

Inva Mula Is A Member Of