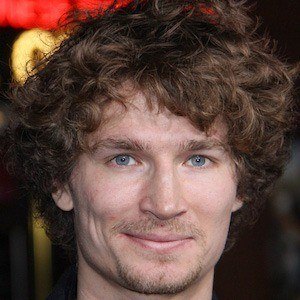 Snowboarder known as "I-Pod" who won a gold medal in the halfpipe at the 2014 Winter Olympics in his home country.

He began competing internationally at the 2006 Olympics, and made his first international podium in 2010, when he took home a silver medal in the superpipe at the Winter X Games.

He was the 2013 halfpipe World Champion.

He was born in Podolsk, Moscow Oblast.

At the 2014 Olympics he unseated two-time defending champion and favorite Shaun White.

Iouri Podladtchikov Is A Member Of