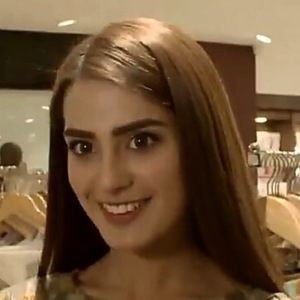 Quick rising Pakistani actress who has performed in the Hum TV dramas Mol and Muqaddas. She also was seen in Express Entertainment's Ishq Mein.

Her debut as an actress was in Kisay Apna Kahein.

Her television fame has led to a large Instagram following of more than 5 million.

She has a sister and is from Karachi. In December 2019, she married actor Yasir Hussain.

She acted alongside Shehroz Sabzwari in the show Deewana.

Iqra Aziz Is A Member Of