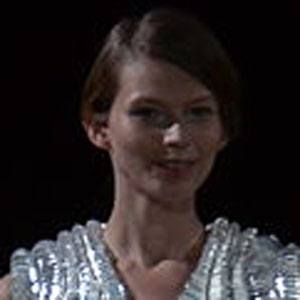 Dutch fashion designer who started her own label in 2007 and has been a guest member of Parisian Chambre Syndicale de la Haute Couture since 2011.

She went to Preparatory Course Art & Design as a teenager and graduated in 2006.

She was an intern at Alexander McQueen in London and Claudy Jongstra in Amsterdam.

She grew up with her family in Wamel, The Netherlands.

Her designs have been worn by singer Lady Gaga.

Iris Van Herpen Is A Member Of