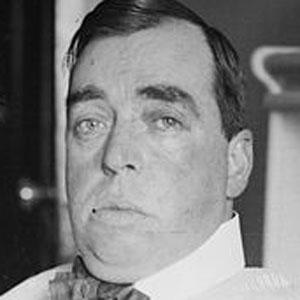 A prolific journalist and short story writer, he is known for humorous works such as Old Judge Priest (1915) and Speaking of Operations (1916). His popular short story, The Woman Accused, was adapted into a film starring Cary Grant.

He began his journalistic career at age seventeen with the Paducah Daily News in his native Kentucky. He later wrote articles on World War I for the Saturday Evening Post.

His short stories, Judge Priest (1934) and The Sun Shines Bright (1953), were adapted into films by John Ford.

He married Laura Spencer Baker in 1900. His daughter, Elisabeth Cobb, described her relationship with him in her 1945 memoir, My Wayward Parent.

He dabbled in horror writing; two of his works in this genre, written in 1911 and 1923, inspired some of H.P. Lovecraft's better-known works.

Irvin S. Cobb Is A Member Of