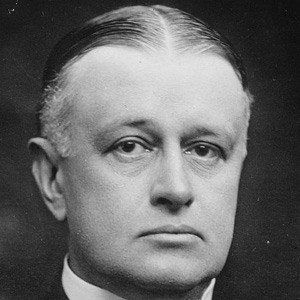 Businessman who helped construct the Bush Terminal in New York and commissioned landmark buildings in Times Square and London.

He joined his father's business first at 19 years of age and also sailed on his father's yacht, the Coronet, on trips around the world.

He entered the banana trade to persuade shippers to use his barges to transport railroad cars across rivers.

He was born in Lenawee County, Michigan, his father a former oilman who sold his business to Standard Oil and retired wealthy.

Irving T. Bush Is A Member Of